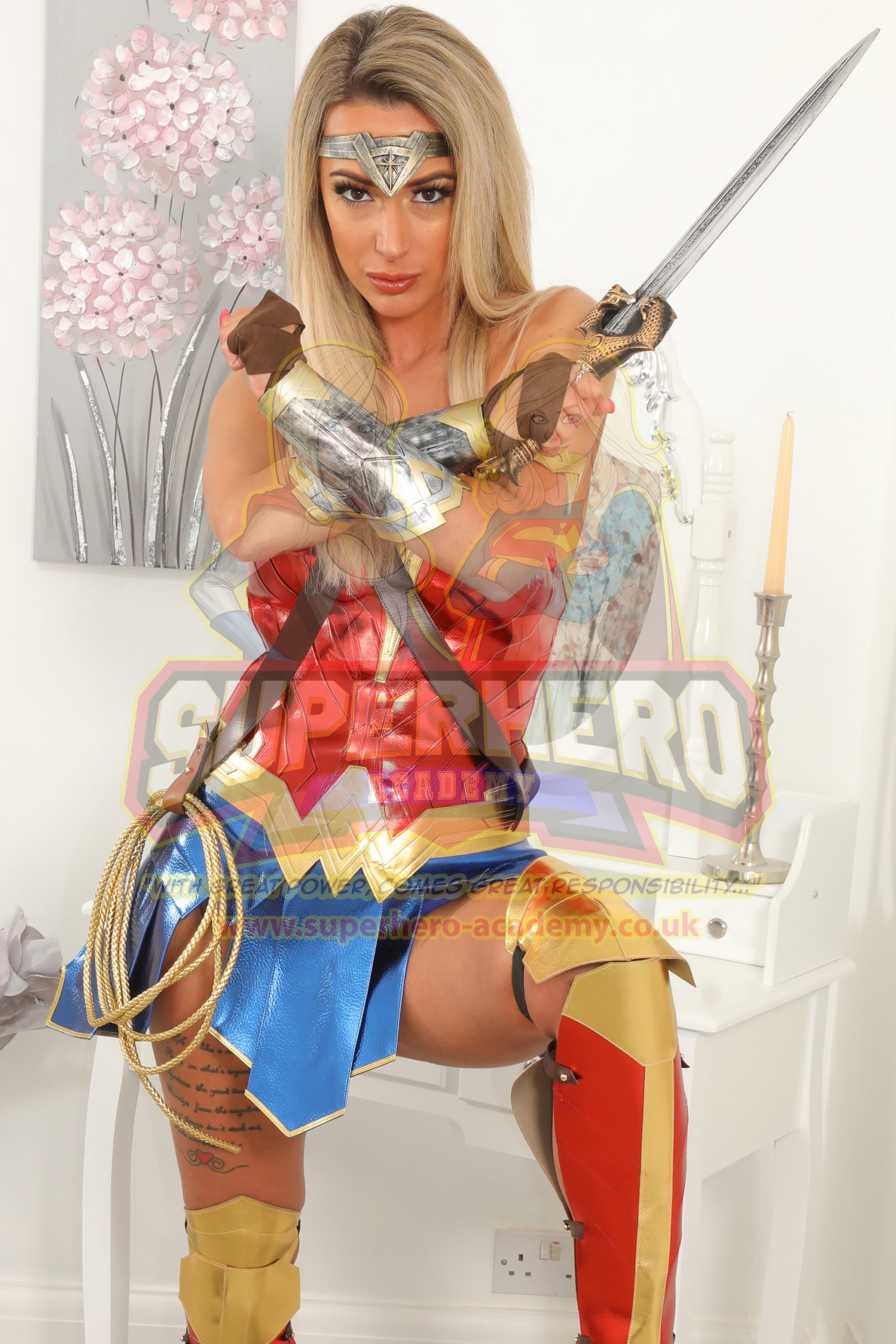 Wonder Louise has heard that you were rescued after a car crash, by a new superheroine in town! Supergirl! She’s landed from Krypton, and wears a battlesuit and cape in red, yellow and blue! But, Wonder Woman is your girlfriend, and she doesn’t trust this new Kryptonian with superpowers. She’s a little jealous of Supergirl too, and also mad at herself for not being able to save you herself, being tied up on Themyscira duties.

So, to keep you safe, Wonder Woman dominates you, to make sure you don’t accept flights home with strangers again! She shows her weaponry, and magic lasso! She’s quite scary when she’s angry, but she’s more angry at herself! When she calms down and sees you’ve learnt your lesson, she becomes your Wonderous girlfriend again, flirting with you like crazy in her sexy Amazonian battlesuit!

Check her out in the store!