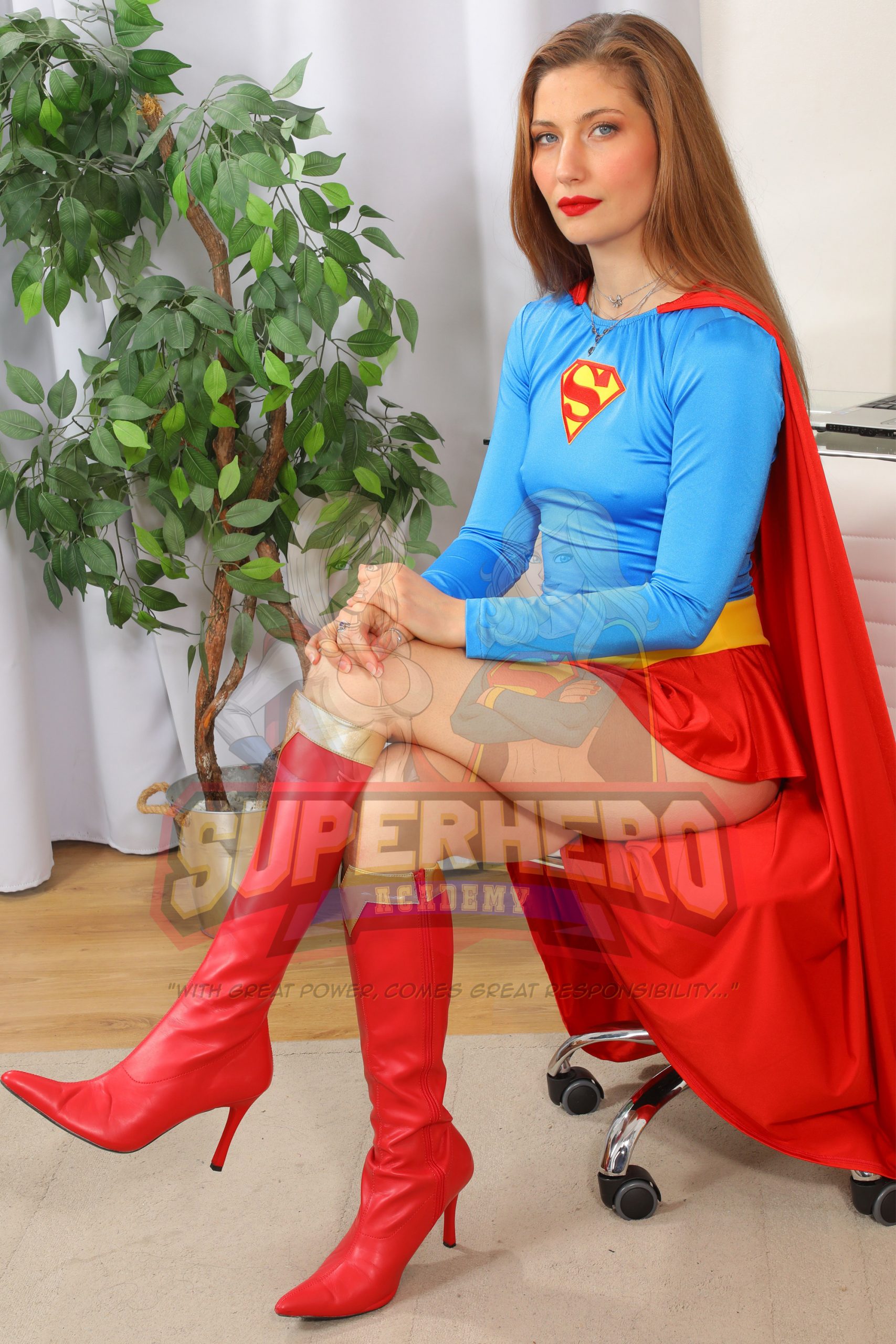 As promised, Steph swooped in with our photographer Mike to jump into both our Supergirl Matrix, and our Wonder Woman costumes! She looks great in both! Here’s some preliminary pics from both shoots!

For her first set, she became SuperSteph Zor-El, ripping open her reporter’s blouse to reveal just why this Daily Planet reporter is so quick at writing articles! She’s superpowered!! And absolutely gorgeous!

I know some of you men are probably thinking, “Her breasts are small!” Yes, I know, but breasts aren’t the only thing that makes a woman Super! Steph’s got her gorgeous face, her heart shaped lips (with red lipstick, yummy!), and her sea blue eyes, both to match her colourful battlesuit, as well as her sexy slender smooth legs slipped into those hot heroine boots!

And they’re the things you see! She has a gorgeous heart, and is very loving and playful, the shoot was really fun with her around!

She makes a really athletic, Wonderful Amazonian princess! She certainly knew how to use her sword and lasso! Would you like to have her tie you up? Just hope it’s under playful circumstances and not her annoyed at you! That sword looks sharp, and she looks mean!

These sets were so much fun to do and edit! They are not being released for a while. We have an upcoming girl-girl shoot with Louise and Saffron, battling it out in Portugal to release first!

We’re also getting some new costumes in, so soon we’ll be taking a break from shooting for a while.