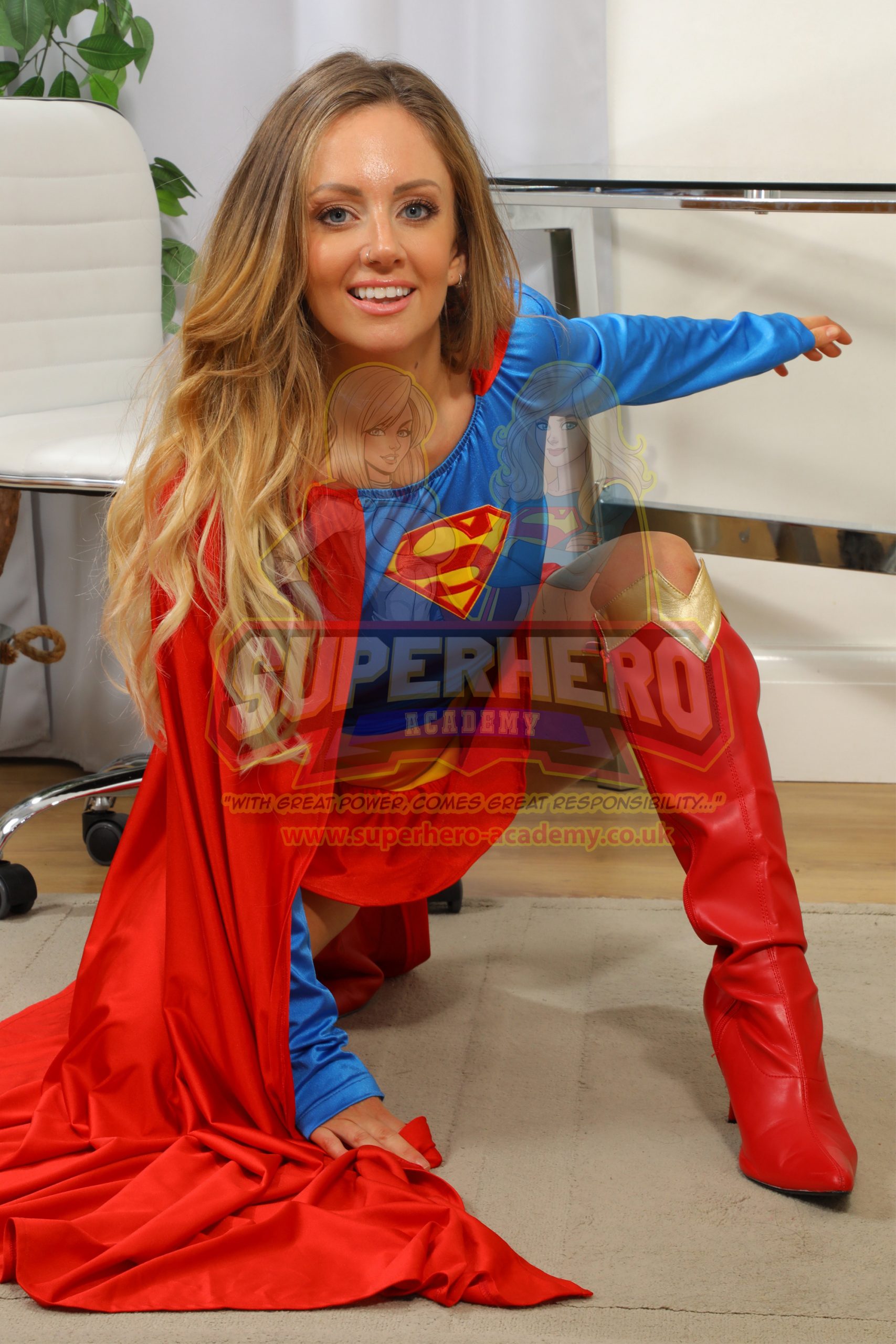 Suzi Star (Known on OnlyTease as Rachel H, then later Suzi) popped in to shoot for us recently. Suzi is a real cutie, she’s bubbly, friendly, cheeky and naughty. We wouldn’t cross her though!

Suzi loves to keep fit, in this shoot she shows you why! She poses in her fitness gear after her workout, chilling on the laptop, you know, watching cute cat videos, whilst teasing you with her physique. Suddenly her super hearing hears trouble, and quick as a flash she changes into her alter ego!

Welcome Suzi Zor-El! The branding on her workout gear is quite appropriate as she could rip you to Shredz if you annoy her or commit evil deeds!

DISCLAIMER: This shoot does not endorse, is not affiliated with, or sponsored by SHREDZ Supplements LLC in any way. There was no paid sponsorship, explicit or implied, from SHREDZ to Superhero Academy, or vice versa.

She’s a sweetheart, isn’t she? She has such a lovely curvy petite body <3. The saying “Tiny but mighty!” is definitely true here! I wouldn’t like to see her angry, though!