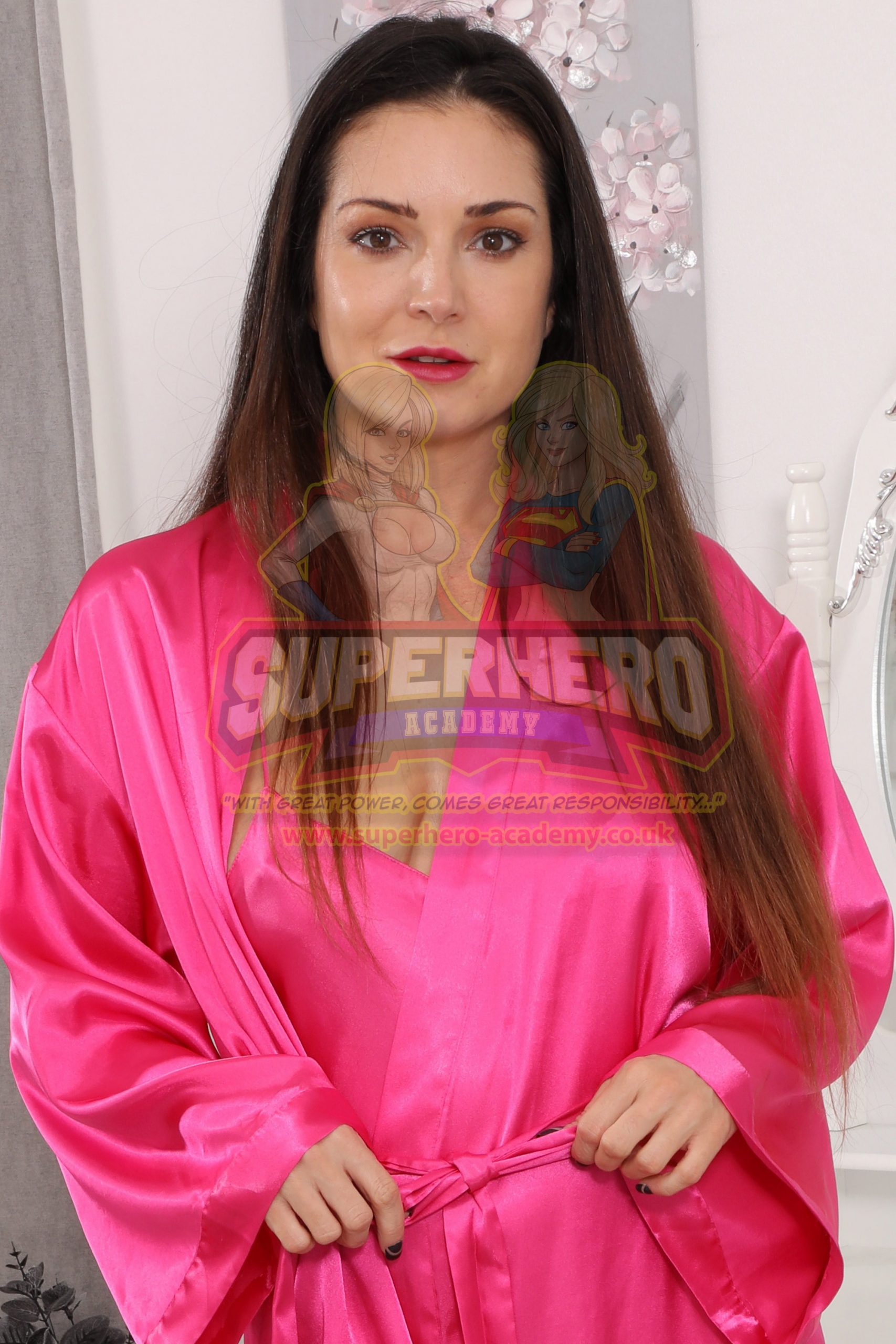 The lovely Tommy dropped in to shoot for us today! We were supposed to have her shoot as Wonder Woman, but due to the upcoming Portugal girl-girl shoot with Saffron and Louise, Mike sent the Wonder Woman costume ahead to Portugal to save on baggage weight. So we did an impromptu shoot with her as Supergirl Matrix instead, and came up with the following plot!

Kara’s friend Tommy stayed over last night for Kara’s housewarming party in her gorgeous new place! Kara has popped out to the shops to get some things for breakfast! Tommy, still in her nightdress and gown, decides to have a wander and a nosy around her friend’s new place, as girls do!

Getting to the bedroom, she opens the door slowly. There on the edge of the bed, is her friend’s battlesuit! Tommy knows Kara is Supergirl Matrix, being her best friend there’s no secrets.

She has a naughty thought. She wants to try it on! Quick as a flash she’s out of her silk nightwear, and transformed into SuperTommy! Only without superpowers, but that’s OK because this suit is sexy on its own!

She feels so sexy in her friend’s suit! Imagining her boyfriend is watching her, she flirts around, posing, imagining him admiring her Super beauty!

Isn’t she gorgeous! I hope she enjoyed being SuperTommy, because we sure enjoyed her company! To say we originally planned her to be the Amazonian Princess of Themyscira, she sure looks gorgeous as the Kryptonian Maid of Might instead!

Look forward to 2022 for this set’s release!